About the Wainwright Guides

Lakeland Routes > About the Wainwright Guides 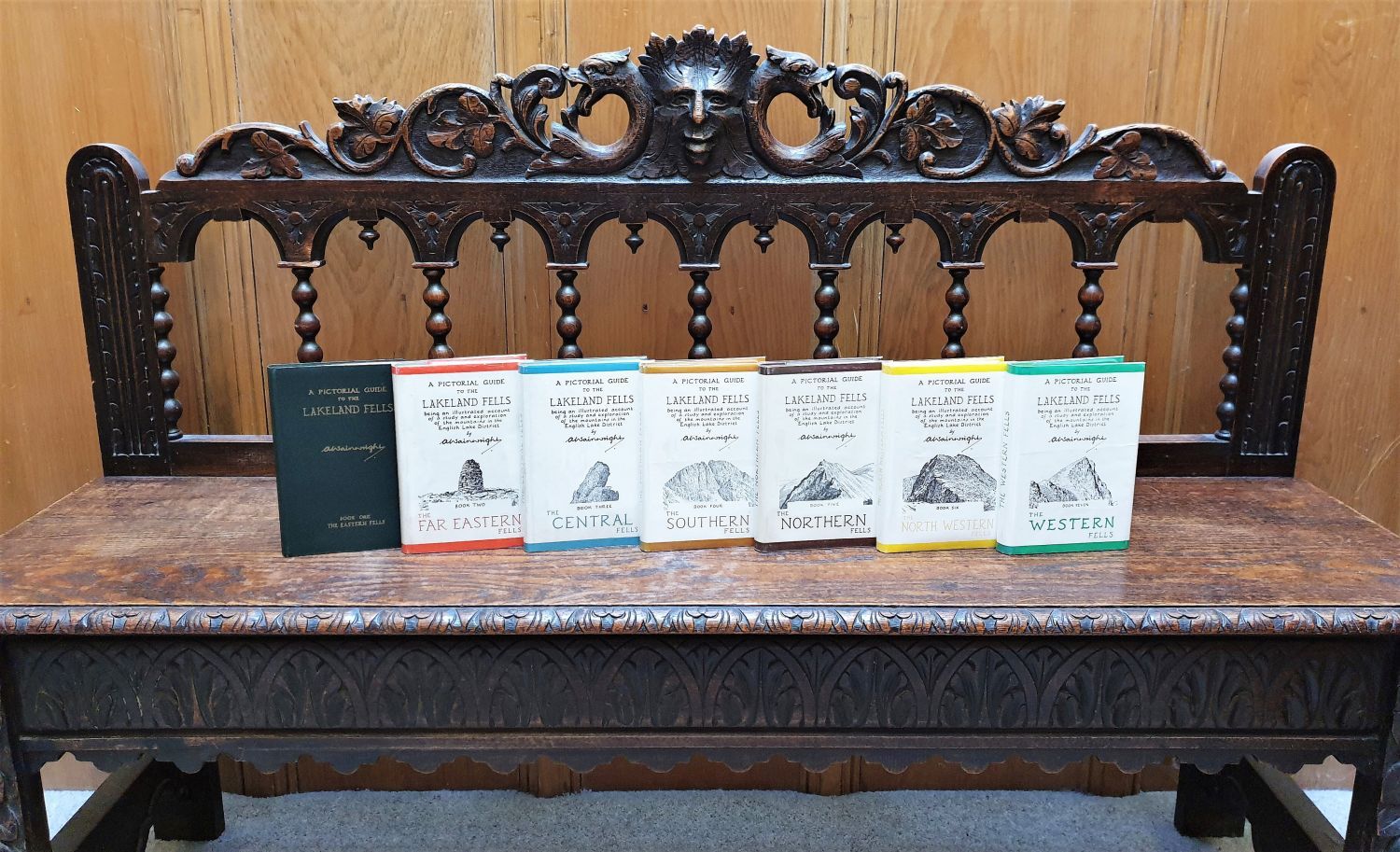 First Editions
‘A Pictorial Guide to the Lakeland Fells’ is a series of seven books by Alfred Wainwright, detailing the fells (the local word for hills and mountains) of the Lake District in northwest England. Written over a period of 13 years from 1952, they consist entirely of reproductions of Wainwright’s manuscript, hand-produced in pen and ink with no typeset material. The series has been in print almost continuously since it was first published between 1955 and 1966, with more than 2 million copies sold. It is still regarded by many walkers as the definitive guide to the Cumbrian Mountains. The 214 fells described in the seven volumes have become known as the Wainwrights.

Second Editions
Between 2005 and 2009, the series was factually revised by the publishers Frances Lincoln, to adjust the content to the present-day Lake District. Chris Jesty undertook the revisions, using an imitation of Wainwright’s hand lettering to make the alterations look as unobtrusive as possible. The most notable changes are that the covers of the revised books show photographs of the Lake District by Derry Brabbs, rather than the drawings that were on the covers of the originals, and the maps show the main paths in red. 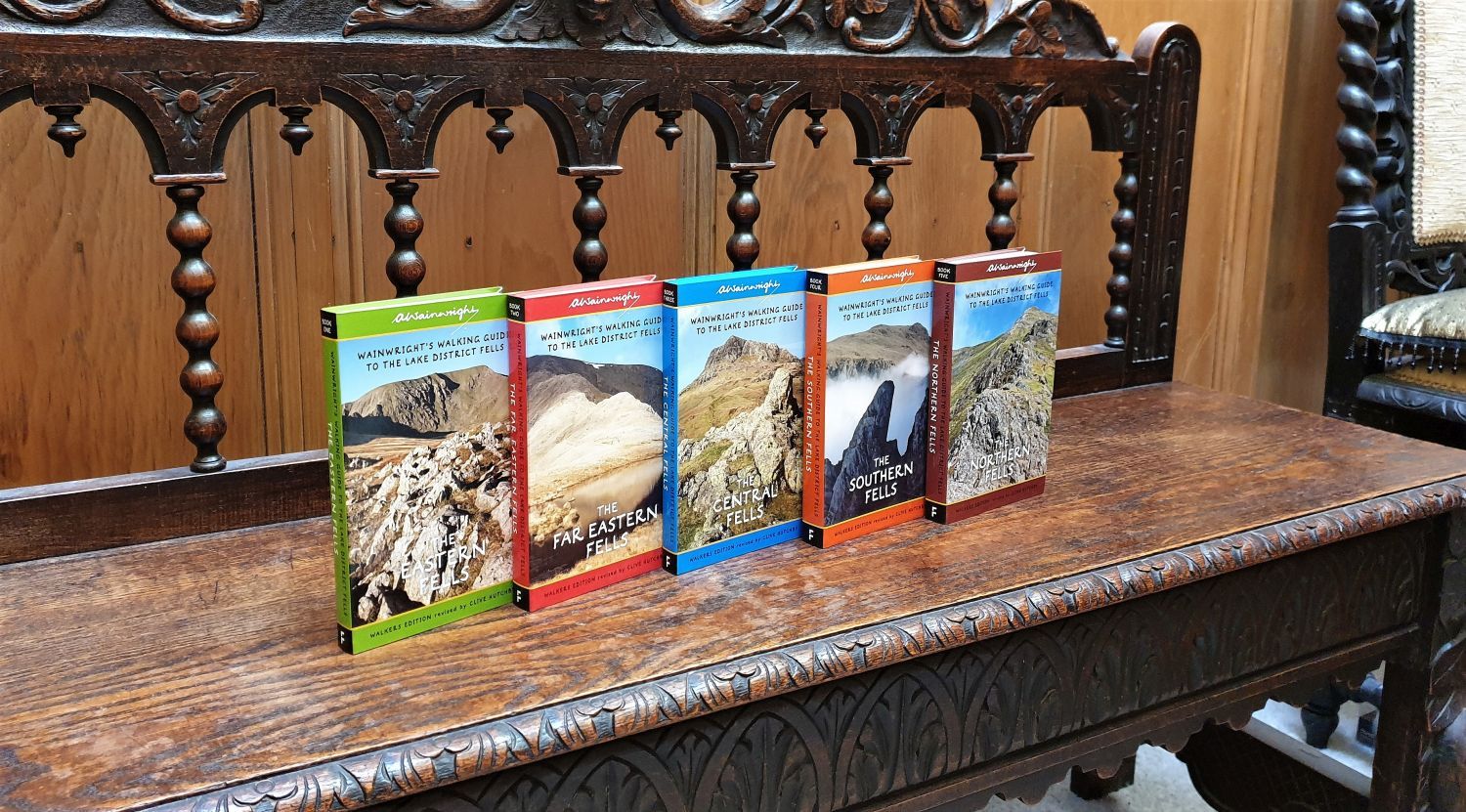 All quotations taken from the guide books and included on this website, are signed either AW (Alfred Wainwright), CJ (Chris Jesty) or CH (Clive Hutchby).

The three pictures above were kindly provided by Chris Butterfield of ‘Alfred Wainwright Books & Memorabilia’.

Christopher Butterfield, an outdoor enthusiast and Yorkshireman like myself, started his “love affair” for Lakeland at the age of 29. He immediately fell in love with the landscape, and after walking the Pennine Way in 2013, and the Coast to Coast in 2015, Chris began his fascination with the works of Alfred Wainwright. During 2016, Chris was determined to start hunting down everything there was to know about the author of the seven ‘A Pictorial Guide to the Lakeland Fells’. In his spare time since, Chris has travelled thousands of miles around Great Britain and met many wonderful people who share the same Wainwright passion. He has become good friends with many authors, artists, presenters and other celebs in the Wainwright circle. This has led Chris to finding many untold stories and exclusive Wainwright material. Earlier in 2018, Chris’ hunt led him to a warehouse full of Wainwright books in Kendal, including the ‘original’ Wainwright book negatives. His book collection has gone from strength to strength, and now owns all the books from all three publishers, complete with every edition, including all books with minor changes. One of his greatest possessions is the complete manuscript to Wainwright’s final book published by the Westmorland Gazette – ‘Fellwalking with a Camera’.

“Wainwright’s story has been told countless times over the years since his death. Over the last couple of years, I have proved that there is still more out there to discover. With more stories still to come, I feel my journey has only just begun ….”
CB