Having wanted to plan a tough Lakeland challenge walk for some time, in 2015 I got inspired to be creative after the loss of a very good friend of mine, Dave ‘Lakesnut’ Clapham. Dave had been suffering with depression for many years, however, he very rarely showed this; he always made people laugh with his humorous personality, and always had time for others in need. On a personal note, I will never find a better friend, a person who inspired me to wander off the beaten track and to grab every opportunity to scramble, either up a waterfall or a less frequented crag face. To this day I still wander on my own and stop to think about Dave, and wishing he was there with me; he was simply loved by everyone, and because Dave loved pushing himself, and me, to the limits of our adventurous side, I couldn’t think of a better way to remember him. 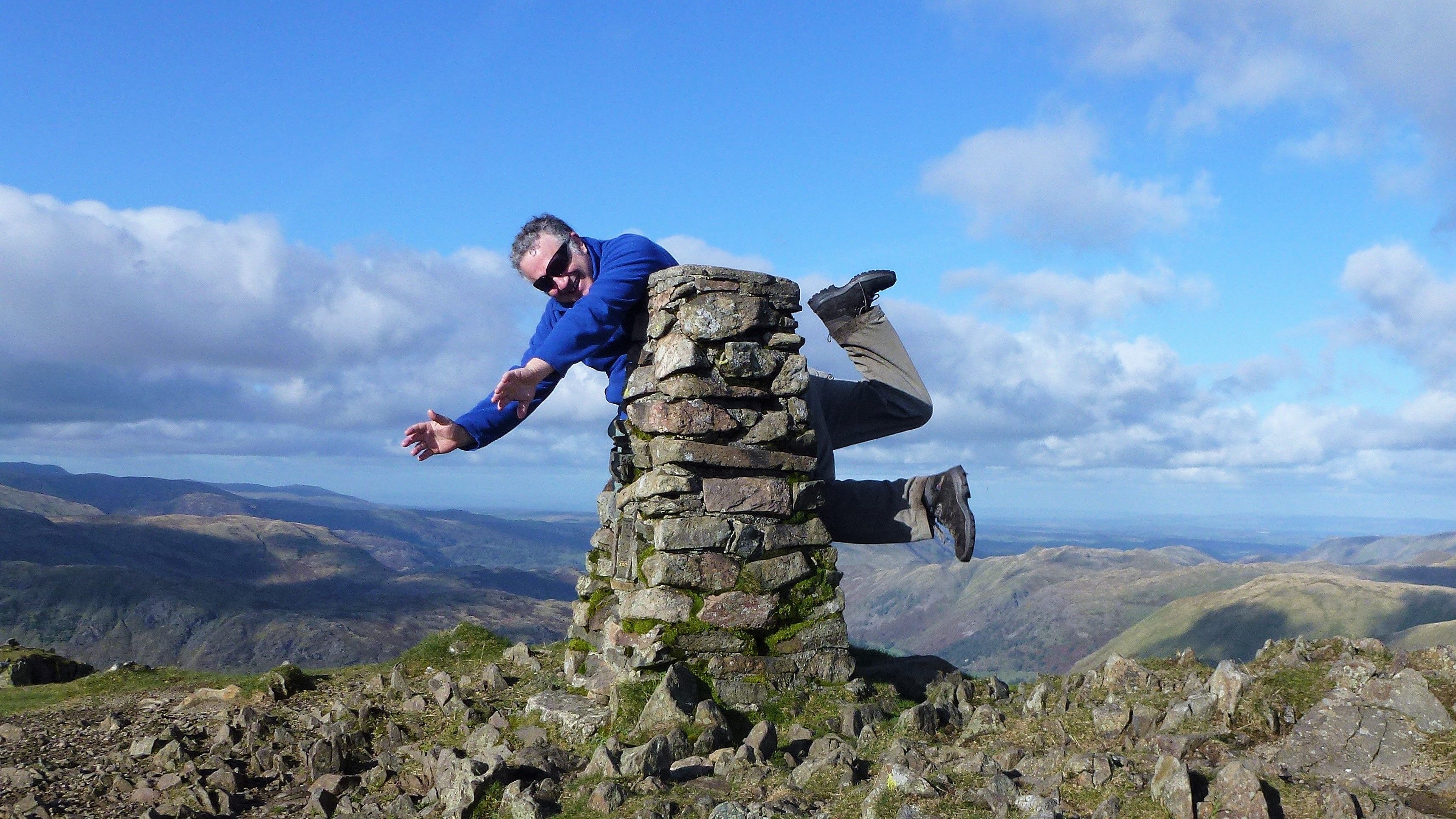 Dave and I on the summit of Red Screes

When designing this challenge, I already had in mind a tough day’s walking that included the Helvellyn and Fairfield groups. This was to become the ‘Ambleside to Threlkeld, The Hard Way’ walk. I also had a route that seemed to have been on my ‘to do’ list for some time, Penrith to Ambleside via High Street, later to become the ‘Brocavum to Galava, A Roman Highway’. It then suddenly dawned on me, that these two routes were in fact two spines running down the Eastern and Far Eastern Fells. So, my aim then was to find a third and it quickly became obvious to include the Central Fells’ spine, which coincidentally included Dave’s favourite fell, High Raise; this became the ‘Grasmere to Keswick, The Bog Hop’.

I hope that I can inspire you to have a go at this three day challenge, either by walking on your own or with a group of friends. Maybe this challenge will be a personal goal, to remember someone close, or to raise a few pennies for a great cause. I will certainly be having a swig of whisky on the summit of High Raise each year, to remember a very good friend who fell in love with Lakeland.
Richard Jennings 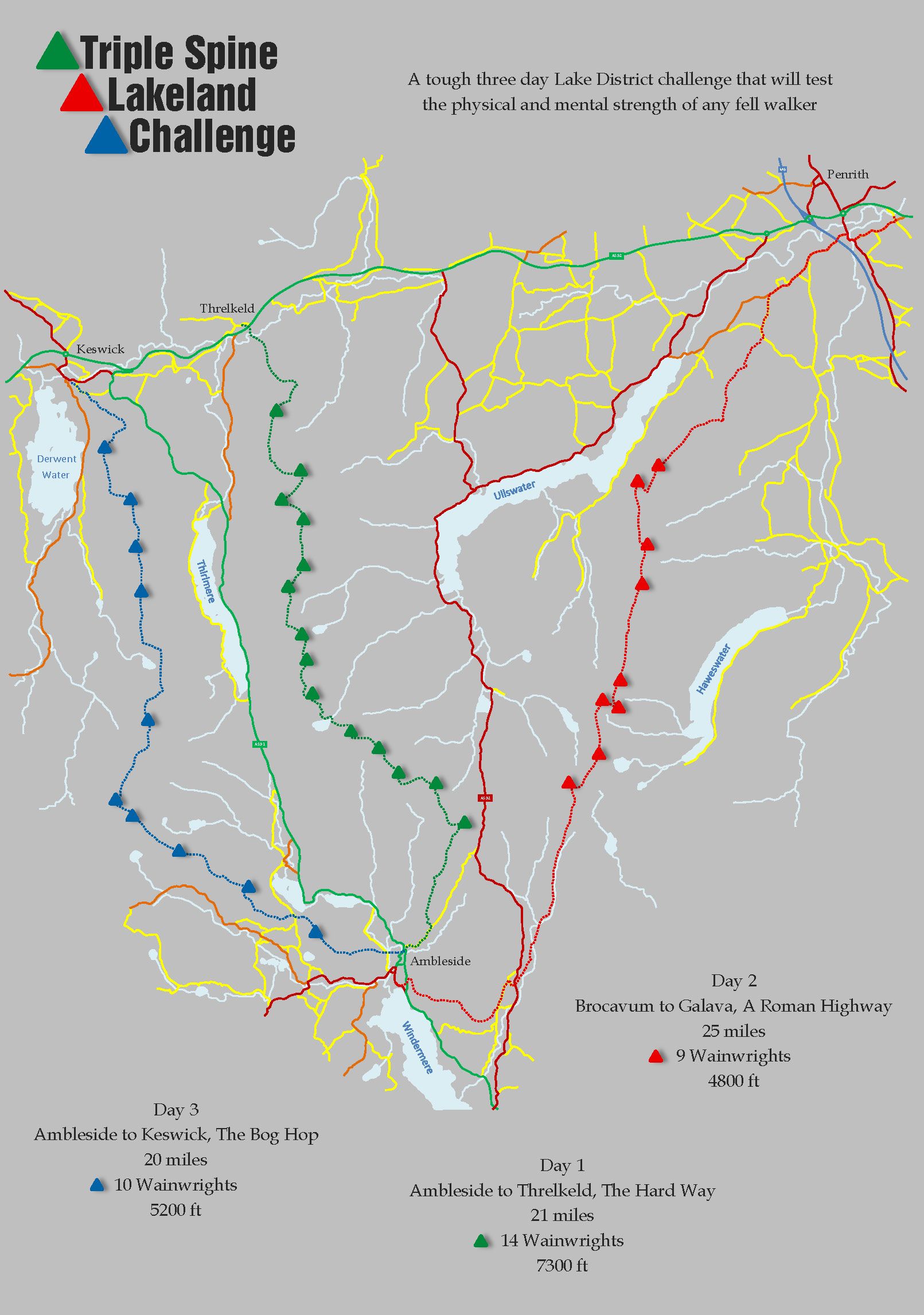